The Market-to-Midtown protected bike lane had previously been conceptualized as part of the City of Omaha’s Transportation Master Plan 2011 as a 10% design. Lamp Rynearson developed the concept fully into 100% City of Omaha-approved plans, value-engineering the concept into a safe and viable transportation option.

The project included the conversion of existing pavement on Harney Street to allow for a two-way bikeway from Dewey Street to 10th Street. Also included in the project was restriping of parking, a buffered zone between traveling vehicles and the bikeway, and buffered loading and unloading zones at Metro designated bus stops.

Omaha’s first protected bikeway, Market-to-Midtown, between 10th Street and Turner Boulevard on Harney Street, is open for an 18-month pilot period. Bike Walk Nebraska and Metro Smart Cities will collect data and feedback to determine the viability of more and longer bikeways in Omaha. 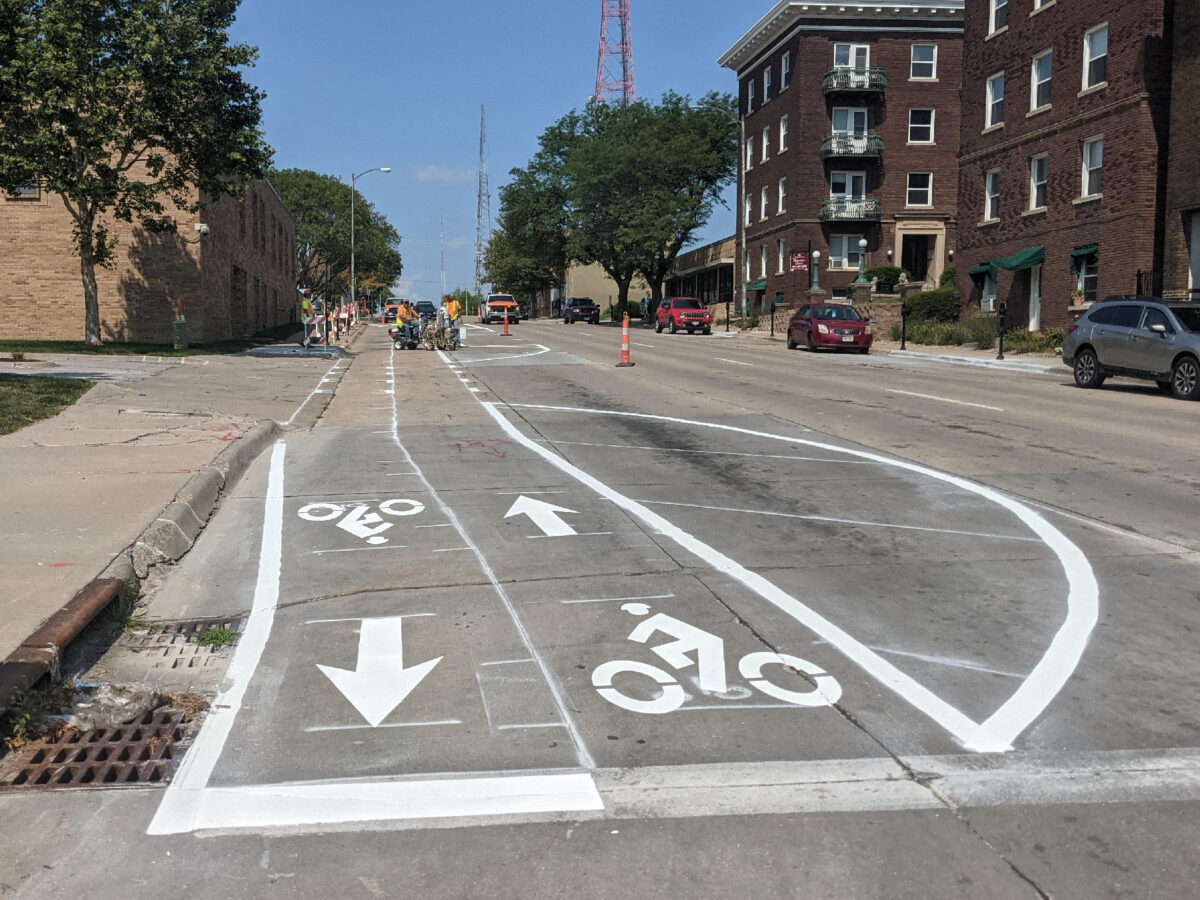 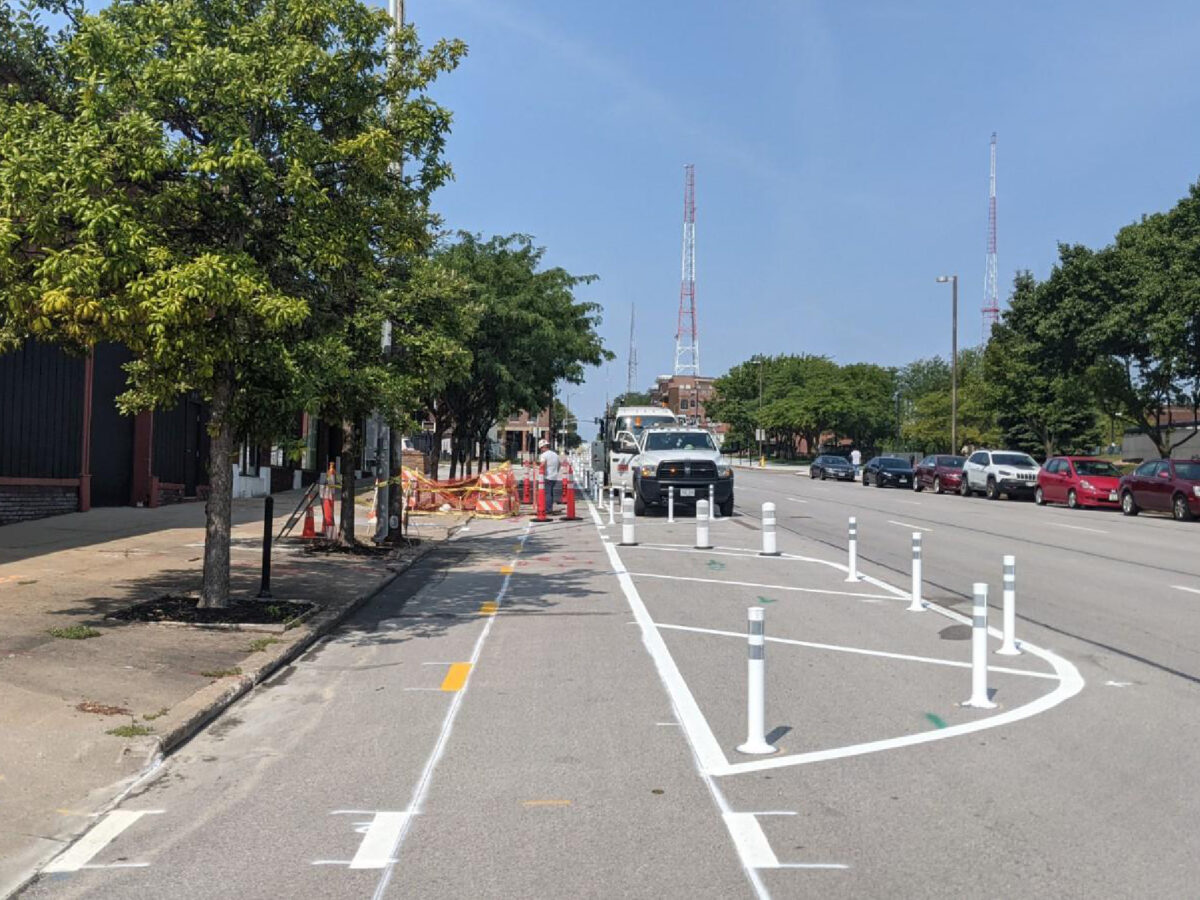 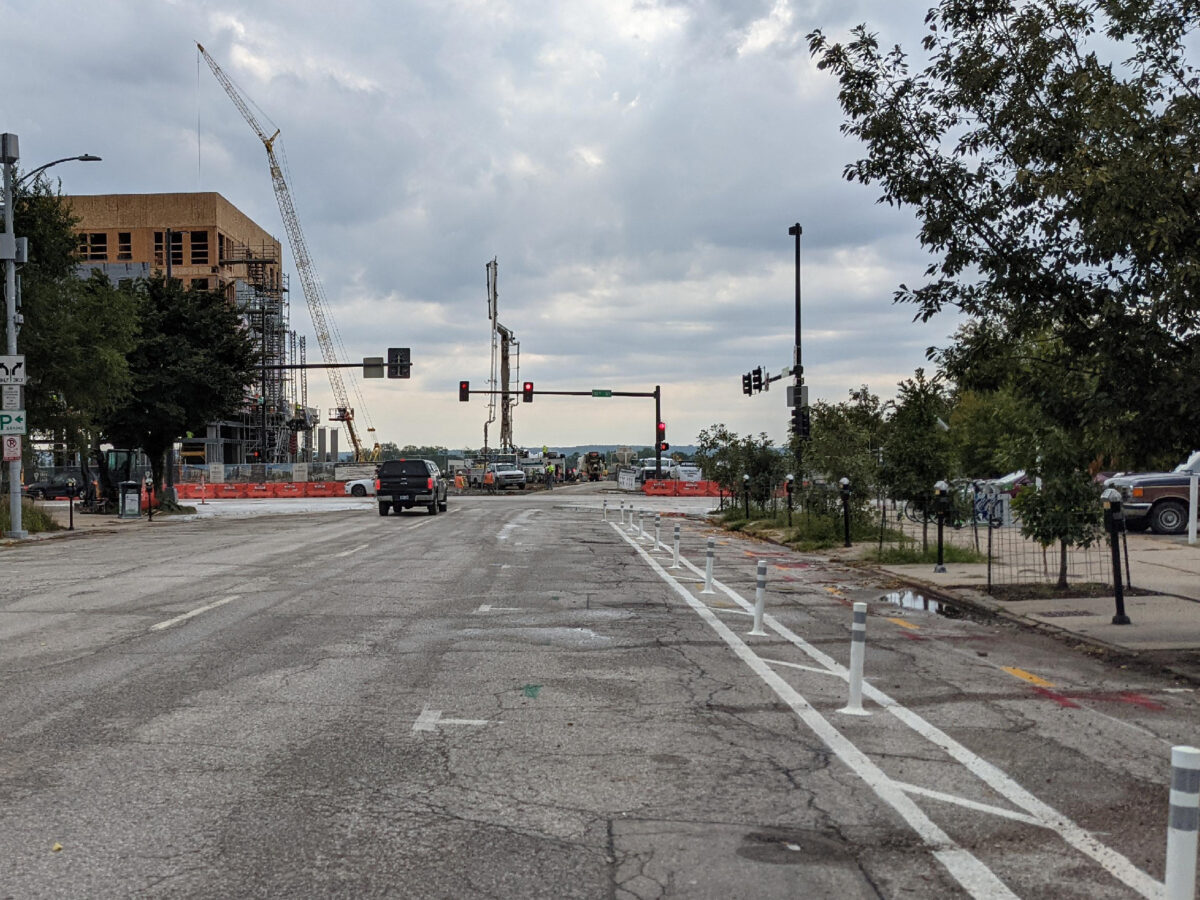